UGC: The Pioneer of Social Commerce

Retailers may not have mastered the art of Facebook selling yet, but social commerce is already here in the form of Amazon‘s Vine Program, assorted functions like wish lists, recommendations, ratings/reviews, and forums, Epinions, and Buzzillions, which all rely on user-generated content. 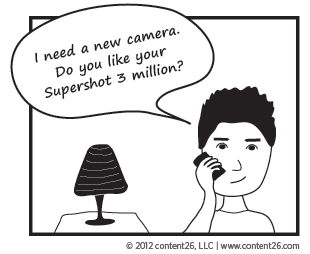 Consider some early definitions of the term: “Social input in online shopping services [that] augments the experience” (from Steve Rubel) and “Creating places where people can collaborate online, get advice from trusted individuals, find goods and services and then purchase them” (Dave Beisel). As with any neologism, the meaning of social commerce has evolved, largely in connection with the rise of social media, but the essence–adding a social experience to online shopping–remains.

User-generated content is almost as influential as recommendations from friends and family. It is exponentially more influential than vendor-produced content. Given this, how are retailers keeping up with the demand for UGC? And how do brands and retailers keep the review stream strong when traditional methods like post-purchase emails are no longer enough?

Soliciting ratings and reviews and motivating consumers to otherwise share their experiences of your brand and product–Liking, Sharing, Plusing, Digging, Tweeting, Hugging, Kissing–is understood to be an essential part of selling online. How to successfully do this is trickier (enter businesses failing at Facebook). The easy answer? Pay someone to do it for you. 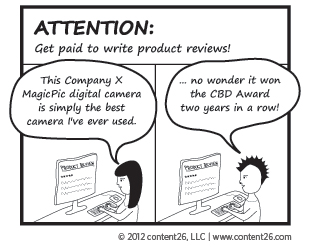 Paid review-writing gigs can be found on any number of freelance writing job sites. Content acquired in this relatively anonymous manner can be spread across the Internet in various ways: using reviews for “affiliate” spam blogs, selling them directly to retail sites or brands, spinning the text to create additional content, and posting them on legitimate review sites or on Amazon.

Some retailers have tried a more direct route to garnering positive ratings by simply offering compensation for positive reviews. (This is not the same as offering incentives for reviews, which is generally considered a respectable practice.) In 2011, The New York Times profiled one Amazon merchant, VIP Deals, that offered refunds in exchange for positive (5 stars encouraged) product reviews. In such cases, some purchased reviews may indeed convince other shoppers, while some are about as believable as Mitt Romney’s new musical talents.

Stories of fraudulent reviews and other behind-the-scenes manipulations of UGC abound these days, and I suspect the trend will continue. Consider the results of a Cornell professor’s study of Amazon’s top reviewers: 85 percent had received free products from publishers, agents, authors, or manufacturers. Getting a freebie doesn’t equate writing a fakey, but the problem is serious enough that researchers, first from Cornell and more recently from University of Illinois, have developed software that can identify fake reviews. 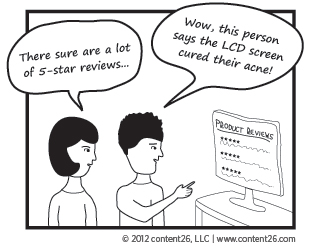 But the rise of the product review was not, in fact, all that abrupt. Epinions, a review and price comparison site, developed a successful business model in 2001. Amazon led the retail pack in integrating social features like star ratings, written reviews, user profiles, and user-uploaded rich media into commerce sites. By the time their Vine Program took off in 2009, e-commerce was primed for a new business niche focused on cultivating UGC.

PowerReviews is part of that niche. In their own words, the company’s “content creation and moderation solutions use research-proven processes, product-specific templates and structured reviews that turn more browsers into buyers.” Jargon translation: PowerReviews acquires product reviews, filters them for quality, and provides a review system–complete with content–to brands. Both PowerReviews and competitor company Bazaarvoice also help companies connect with consumers in social media and offer more DIY review system options.

Epinions takes a seemingly more straightforward approach to UGC: sign up and write. (Shoppers can also compare prices on the site.) The site deals in both reputation and money, emphasizing their Web of Trust community network and an income share program that distributes “revenue gained from providing consumers with high-quality information” to authors of useful reviews. It’s not clear how Epinions determines the usefulness of a review, but their revenue comes directly from referring shoppers to retailers. 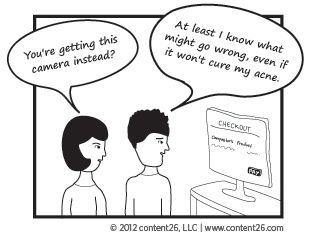 You may notice a trend: UGC is becoming less and less independent of the commerce itself. According to a Nielsen report about social media users, most consumers still write reviews to either give positive recognition or warn other consumers about negative experiences. But some consumers write reviews for more selfish motivations, whether they’re trying to game the system or letting the system manipulate them.

It would seem that the rise of UGC is indeed creating a niche of semi-professional content. An anonymous network of people are paid small amounts to write reviews of products they have used (and, let’s be real, products they haven’t even heard of), while companies are finding new ways to solicit consumer reviews.

Here’s how you can encourage consumer reviews and demonstrate your appreciation for the free content (yes, you have to appreciate reviews, even when they’re bad).

In Part 2, I’ll talk in more detail about why product reviews are worth your appreciation and how you can put them to use in your content merchandising.

Respect UGC (and the people who write it) by making space for reviews on your website and by  resisting the temptation to purchase high marks.