“The companies that are able to do all four effectively are going to have the biggest competitive advantage in retail,” Dieringer noted in his keynote that kicked off the daylong event. “As they’ll be best positioned for Modern Commerce.”

How should modern brands approach ecommerce? Here are my 3 top takeaways from the daylong event.

While the entire ecommerce sector saw healthy growth in 2018, Amazon continues to stand out, accounting for more than 50 cents of every $1 spent on ecommerce. 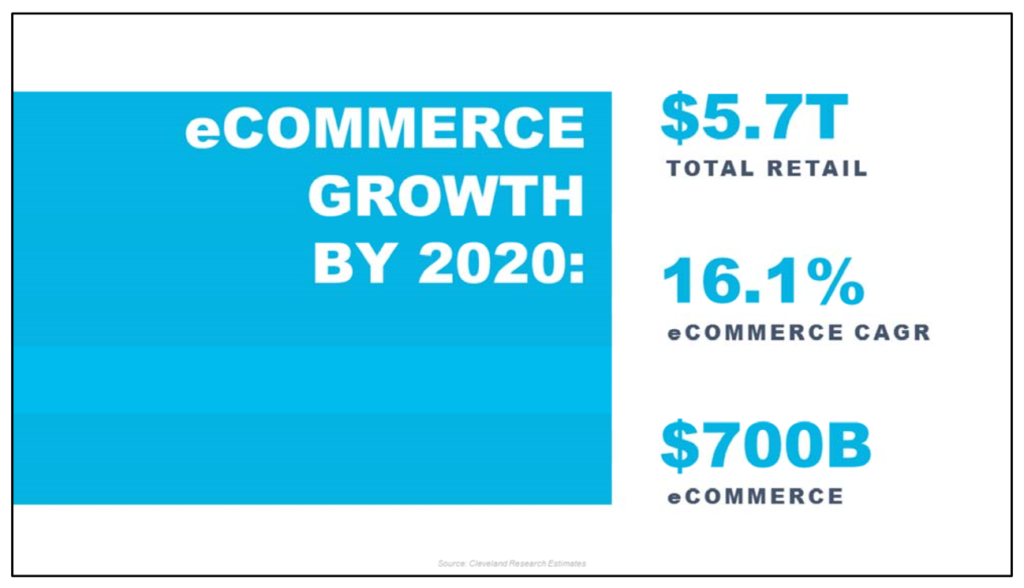 Dieringer said he expects Amazon to continue to strengthen its position and to continue to exert pressure on brands as it solidifies its margins and expands its private label options.

A break-out session with ecommerce leaders from ShurTech, Spectrum Brands, Henkel, and Robert Bosch, discussed a recent trend towards a vendor/seller “hybrid” approach as brands have attempted to control Amazon inventory and price.

Scott Sommers, Director of Ecommerce Strategy for consumer home and office product manufacturer ShurTech, said he is looking to “bring back the voice of the consumer,” when selling online. ShurTech has moved some products over to Seller Central, but are still using Amazon to fulfill those orders.

In its 2018 eCommerce Team Benchmarks study, Cleveland Research found that an additional 50 percent of brands currently using Vendor Central are considering shifting at least some products over to Seller Central.

“Most of those currently doing it are just testing it on a small percentage of their portfolio, taking the approach of think big, but start small,” Dieringer said.

2.  Ecommerce Advertising Will Extend Beyond Amazon 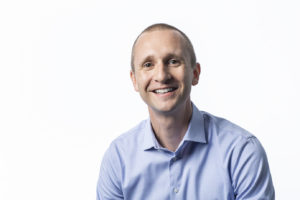 Brands indicate that they are planning to increase their investments in Amazon Advertising, particularly the area that was known, until earlier in September, as Amazon Marketing Services (AMS).

Amazon’s ad revenue brought in an estimated $2.2 billion in the first quarter of 2018, but Amazon has ambitious plans to “use its wealth of data and analytics” to grow this revenue, according to the New York Times.

While Amazon continues to extend its lead, brands would be unwise to ignore omnichannel opportunities, Dieringer noted. Forward-thinking brands now need to start looking at Kroger, Walmart, Home Depot and other ecommerce sites.

Walmart and Home Depot have begun to push towards pay-per-click advertising revenue and other retailers are likely to follow suit. These ecommerce sites could generate $1 billion ad market over the next few years, Dieringer said.

“Brands reinvent how they operate every year,” noted Michael Lagoni, the founder of Stackline, who presented a workshop session on Amazon analytics.

Amazon recently disclosed that its B2B marketplace is on pace to reach $10 billion in sales, and according to CNBC, some analysts believe that Amazon Business could become bigger than the consumer marketplace. 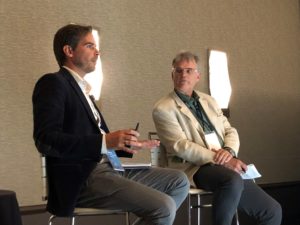 “I knew we had to act fast,” said Van Der Eijk, who moved to the US two years ago to ramp up the UFS ecommerce efforts in the United States and Canada. “We want to be the first, which means we invest significantly ahead of the curve.”

Like other brands, Unilever Food Solutions is acting beyond Amazon to wherever customers shop, Van Der Eijk said. Today the Amazon business is relatively small, but we all know Amazon, Van Der Eijk noted.

“Whenever a chef finds a different way to purchase, we have to be there,” Van Der Eijk noted in a breakout session with content26 co-founder Mark White. “We are listening to our chefs.”

The B2B ecommerce market is exciting because “it’s pioneering, it’s a huge market, and we’re only at the beginning,” Van Der Eijk said.

At his keynote address, Cleveland Research’s Russ Dieringer encouraged manufacturers to broaden their definition of a brand and a retailer to keep pace with the changing landscape. He also encouraged attendees to think beyond Amazon.

This could mean thinking about how to sell on Google, Instagram, or Facebook. Amazon isn’t going anywhere, Dieringer noted, but brands need to think about additional growth opportunities for the future.