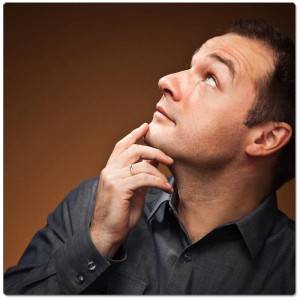 Can negative product reviews boost sales? Are paid reviews more reliable than those written by amateurs? Do online shoppers care about grammar? Panos Ipeirotis of New York University has drawn a lot of attention from major e-commerce companies due to his groundbreaking research on these topics and others related to user-generated content and crowdsourcing.

I recently caught up with Ipeirotis by phone to find out about his latest research and get his insights on where user-generated content is headed and what all this means for companies that sell products online.

The Science Behind the Product Review

Content Ping: Are you currently doing any research into the area of product reviews?

Panos  Ipeirotis: Yes, actually we have been testing how consumers react to paid product reviews. We randomly chose different products from Amazon and asked people to rate the quality of the reviews. Our research shows that when we disclose that the reviewer was paid, the test subjects react very negatively. They see the disclosure and start freaking out.

Panos Ipeirotis: It’s interesting because we know that people write better reviews when they receive some type of payment. Think about the reviews that appear in the New York Times. People are paid to write those reviews.

“It’s great to have people talking about your product, even if everything they say is not stellar.

But there is a perception that all of the reviews we see on the Internet are written by amateurs and volunteers. Everybody thinks that reviews are by “people just like me.” If people know that someone has been paid for the review, they automatically view that review as less trustworthy, regardless of the quality of the review.

Content Ping: Really? But there are plenty of fake reviews out there. So doesn’t that make disclosure attractive to consumers?

Panos Ipeirotis: It’s true that if spam starts becoming prevalent or if people believe a large number of reviews are fake, this takes down both fake and non-fake reviews.

If opinion spamming becomes more prevalent, people will begin to scrutinize Amazon reviews and want verification that the review is authentic. If someone has written thousands of reviews or if this person has an independent website, they will be seen as more trustworthy.

Content Ping: Should e-commerce sites do a better job of increasing consumer confidence in the review process?

“If people have the right expectations for your product, things are much smoother. I think the worst thing manufacturers can do is overhype their product.

Panos Ipeirotis: Amazon has already started this with their Amazon Verified Purchase. The consumer can go in and allow Amazon to verify that they are writing about products they have purchased. Expedia also does this by verifying that people have stayed in the hotels they’re reviewing.

But it’s a hard balance, actually. I understand why Expedia is doing that. The problem is that when you have fewer reviews, this can also hurt the review process. People are more likely to trust a hotel with 500 unverified reviews from TripAdvisor than five verified ones from Expedia. It’s very difficult to achieve both volume and trustworthiness.

Content Ping: How do you see the user review process evolving in the near future?

Panos Ipeirotis: I expect to see the emergence of reviews written by professional consumers. These “pro-sumers” will be selling the reviews to Yelp or to Expedia. So reviews will come full circle.

Panos Ipeirotis: Well, there will need to be a policy in place in order to gain consumer trust for paid reviews. The New York Times, for example, pays their reviewers, but promises that the reviewers never get meals comped by restaurants.

“I have seen sellers freak out when there’s a bad opinion about a product because they want all five-star reviews. Having more reviews tends to compensate for less than stellar reviews.

Panos Ipeirotis: The disclosure could say that the reviewer gets a product from company, but never keeps it. They could have a policy of always sending it back. You already see this type of disclosure policy on many websites that are focused on product reviews.

Content Ping: You have done a lot of research into negative feedback. Have you come to any surprising conclusions that would be of interest to manufacturers and others who sell products online?

Panos Ipeirotis: I’ve been surprised to see how negative reviews increase sales. It’s great to have people talking about your product, even if everything they say is not stellar.

I have seen sellers freak out when there’s a bad opinion about a product because they want all five-star reviews. Having more reviews tends to compensate for less than stellar reviews.

What consumers really desire is information. They feel more comfortable about a product when they have facts and opinions about the product’s good points and bad points. I have a personal bias to check negative reviews first.

Panos Ipeirotis: If you think about it, if you read a negative review, you know what to expect. You think: Well, if that’s the worst they can say about this product, then okay.

If people have the right expectations for your product, things are much smoother. I think the worst thing manufacturers can do is overhype their product. When they’re making a purchasing decision, people don’t want to read promotional material.

Panos Ipeirotis is an associate professor and George A. Kellner Faculty Fellow at the Department of Information, Operations, and Management Sciences at Leonard N. Stern School of Business of New York University. He is also the chief scientist at Tagasauris, and in 2012-2013 is serving as “academic-in-residence” at oDesk Research. His recent research interests focus on crowdsourcing and on mining user-generated content on the Internet. He received his PhD in computer science from Columbia University in 2004.

In his spare time, Panos writes about crowdsourcing and various other topics on his blog, A Computer Scientist in a Business School, an activity that seems to generate more interest and recognition than any of the above.