Last week, John Casey and David Zimmerman flew down to Las Vegas to attend Shoptalk 2017, a fast-growing retail and ecommerce conference. Shoptalk is an event for retailers, brands, startups, tech companies, and analysts to gather and talk about the future of retail and ecommerce.

This year’s event featured discussion around the relationships between in-store shopping and online shopping, improving the customer experience, and how big brands are approaching digital transformation. It was particularly interesting to see how fashion and grocery brands are embracing ecommerce content and advertising.

Check out our Shoptalk 2017 Twitter Roundup below to get the latest on the future of ecommerce. If you missed us at Shoptalk, don’t hesitate to get in touch at info@content26.com or follow us on Twitter. 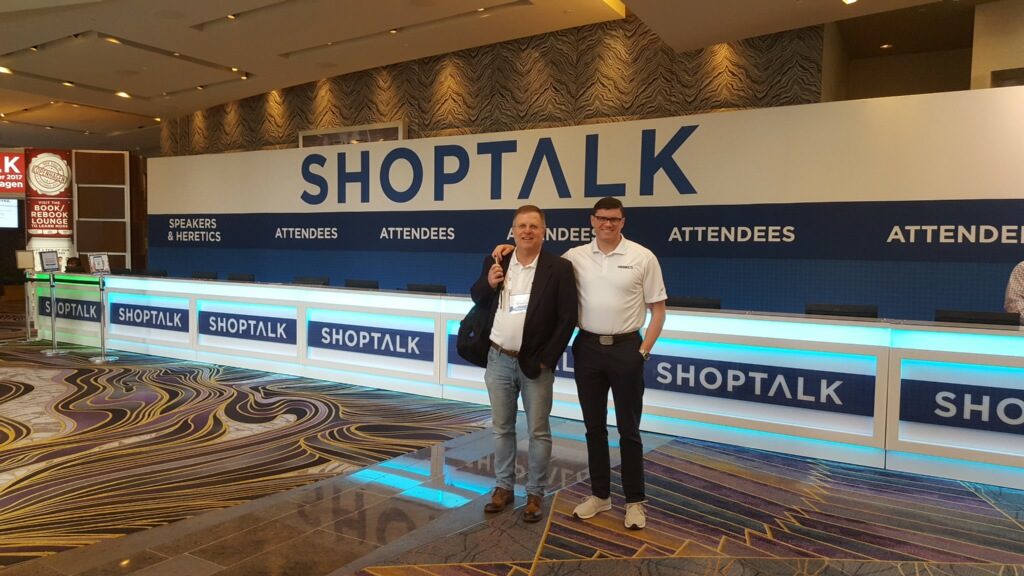 While #omnichannel may be a bad word now – it represents a symbiotic relationship between online and physical stores. #shoptalk17 @shoptalk https://t.co/6yNkxxmVCB

@htcypher I think you've had the most popular slide today. Strong work from the stache. #shoptalk17 pic.twitter.com/YsxShD8H1b

#shoptalk17 it's easier for eCommerce retailers to open stores than it is for traditional retailers to start eCommerce – David Bell pic.twitter.com/Sh9KE08dD9

#shoptalk17 2-day delivery is the norm today, but 2-hour is on the horizon

Read what how the "everything store" is shaping the future of retail. Here's what we learned @shoptalk @Forbes https://t.co/fJC5KxvBKi

Happy to see #Amazon's steps toward protecting its vendors/brands, as announced by Farisy at #Shoptalk17… https://t.co/rPdI8lz49f @Reuters