We focus on consumer goods a lot here, because that’s our business. But websites for consumer services need to meet the same, if not additional, requirements to succeed. Often, the sale depends on a business’s website alone–there’s no other way for the consumer to gather concrete information about said service. Accommodations at Wynn Las Vegas hotel, for example. Reviews of hotels might help some, but reviews are subject to a universal issue: dissatisfied customers write them far more than satisfied customers.

When there’s no tangible product to investigate, the website is everything. As such, I might expect this hotel’s site to tell me everything I want to know and more, and to do so in a highly navigable way.

So the introduction is a video that plays once you click the “come in” button and see something approximating a website. I was skeptical, but I gave it a chance. To better analyze this introduction, I transcribed the first 18 seconds–roughly the first three sentences, depending on how you decide to punctuate.

Hello. I’m Steve Wynn and it’s … a great pleasure to welcome you to wour website. Terrific thing, the Internet, it gives us a chance … t– to show you our hotels. Wynn Las Vegas and Encore Las Vegas, they sit side by side on the strip in Las Vegas, built, designed, and staffed to deliver to you a level of service that people who are very discriminating demand.

Wow. I’m going to find some person who is very discriminating and ask them what they think of this video. Personally, I think it’s like a bad infomercial–and I am a person who is very discriminating, although I like to call it particular. Steve reminds me of the Impressive Clergyman in The Princess Bride. He even has a hint of the same speech pattern (“wour website”).

I have to click on four links to read anything about a room. And it’s about a room. Each room has its own list of features. Or rather, each type of room, of which there are five main ones, and some number of sub-types. I’m unclear on how many rooms there are in the hotel, how they’re distributed, and how all the supposed private entrances work, among other things.

All the written content is presented in bulleted lists. It’s like a series of PowerPoint slides, down to the aesthetic. There is no content about the hotel as an entity, only about its various rooms and services. What’s more, I have to click buttons three to five times to get from one page of content to any other. That is unacceptable. A hotel that can offer a sake and rice body treatment for $280 can certainly pay someone to do a better job than this. These giant instructional banners across the top are pretty funny, too.

By far the high point of this site, the images are in the style of a home design magazine. Their overall quality is lessened by two things: there one or two, maybe three, images per page (a suite, a restaurant, a bar, etc.), and the designers chose to crossfade between them so slowly that I captured a mid-transition point in a screenshot far too easily. This is not dramatic or impressive. It’s tedious. 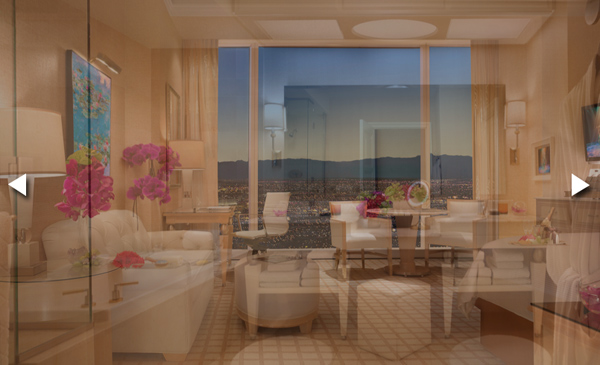 This is like something out of a freshman year web design class in the early 90s, the kind of thing the creator later buries or destroys when they know how to build a real website. The one thing it has going for it is consistency. Every page is exactly the same, barring photos and written content. But I have to go back to the home page to get to any other page with detailed information. Let that sink in for a minute.

There’s a modular quality that could work on some websites, but is counteracted by the 3D effect buttons, lack of margins, and a list of other problems I don’t need to go into. I assumed I was missing the margins because of the size of my window, but then I discovered both that I wasn’t and that there’s no scrolling. Perhaps they thought this would simplify things, but I couldn’t shake the feeling there was more to see at the bottom of the page that I just couldn’t get to.

Notice how even the navigation buttons are formatted with a bullet?

I suppose luxury hotels make the same error that other luxury business, like high fashion retailers, do. Sell the experience in an obtuse way, and rely on reputation or on some kind of financial snobbery–“you get what you pay for.”

Well, Steve, in the unlikely event that I ever visit Las Vegas, I won’t pay for your accommodations. But I will wander in and pretend to be a guest so I can look at what seem like dramatic movie sets. How on earth did you go from this presentation (number 25 in a list of “inspirational” hotel web designs) to a glorified PowerPoint design?

I usually end with a link to the full page, but the only reason to click through is to watch Steve Wynn delivering what’s supposed to be a polished introduction to his hotels. Here’s a complete page, nothing left out around the edges. 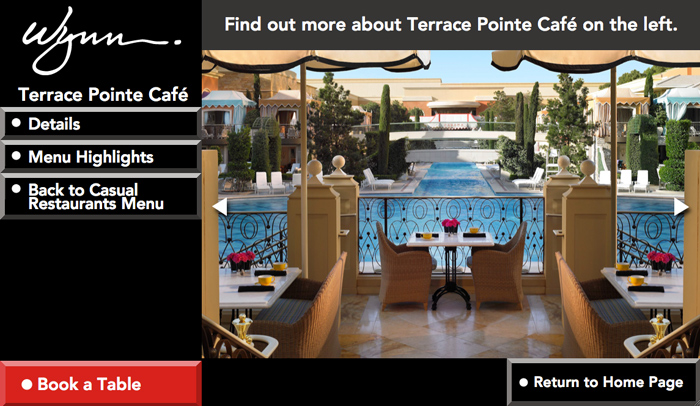